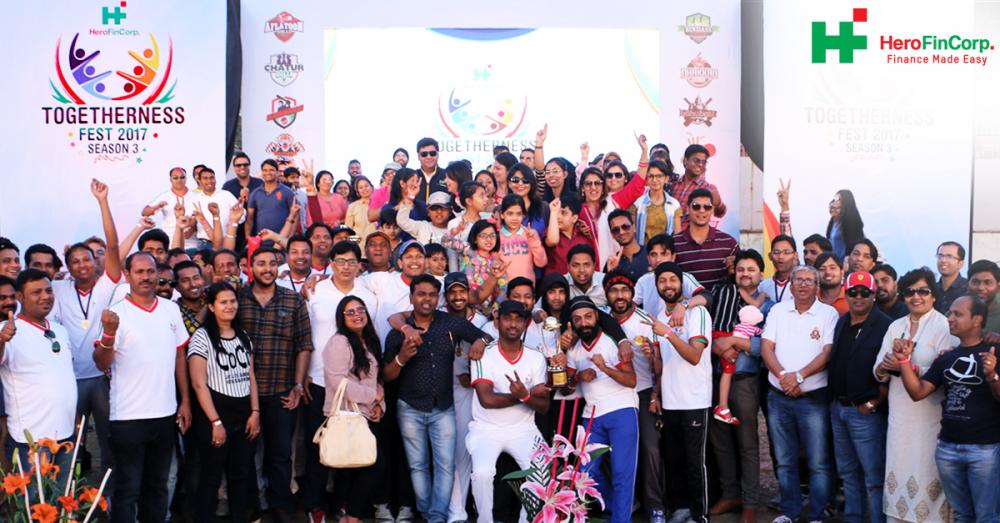 What does it take to make a champion? Hard work, dedication, skill, knowledge, ambition and luck. The key ingredient however is team work. When we come together as a team, complement each other's skillset, and work towards a common goal can we achieve true success!

As with any team, each player has his/her strengths and weaknesses, and that's where the magic lies. When we compete against someone better, it helps us become better. When we interact with someone who's new and still learning the job, we become better at ours. This spirit of Team Work was very clearly visible at Hero FinCorp's Togetherness Fest 2017.

At Hero FinCorp, we aren't just a team. We are a family. A family that invests in each other's success and happiness. A family which forms our circle of strength. As a result of this approach the fest is not an employee's only event, instead it's a true family event as we every Hero FinCorp employee brings along their family members as well. Spouses, children and parents, all come together to enjoy a day filled with fun, games and great food. All of us put our smartphones aside and tried to make real world connections with each other.

This was the third edition of our sports/family day, which was held on March 04, 2017 at Nawab Mansoor Ali Khan Pataudi Sports Complex in New Delhi. It was an amazing sight, each participating member had a dual role, they had to make their 'official' team's proud and shine in front of the next generation which was looking up to them. Co-workers temporarily turned into rival teammates that brought out a wonderful competitive spirit in each participant. And, in the game immediately after, they were shuffled into the same team with rivalry turning into revelry.

It is this 'People Connect', which forms the underlying philosophy of Hero FinCorp's Togetherness Fest. The sports and games, help in bringing out the best in everyone. Our busy schedules have made us forget the fun we had while playing gully cricket, local foot ball matches... or how we would practice hard for school relay races. The fest not only aimed to remind teammates about happy past memories, but it also helped in forming stronger bonds while participating in our most loved game or sport.

There was a fairly large amount of behind the scenes effort which helped in making the daylong event a success. The fest is organized 'for the people, by the people' and many employees volunteered in the planning and management of end-to-end activities, which were handled with the same high standards with which we serve our customers. Two teams were formed - the Game Rules Formation Committee which framed the guidelines, rules and ensured fair play during the matches. The other was the Team Formation Committee, which ensured fair participation from every department.

Here's a look at all that happened during this year's Togetherness Fest:

The fest started with 12 teams identified from across the country. The fun began before the actual event as many players met over weekends for practice sessions. All excuses of 'not having time' turned into making time for doing the things everyone loved. It created a deeper stronger bond between teammates and the high level of excitement was very evident.

The cricket match had some nail biting moments and a beautiful finish. The audience was equally excited shouting their favourite team's name every time the batsman scored a 4 or 6. The Chess finale saw our finalists show some moves that made us feel we were watching a Kasparov v/s Anand! The regional winners of relay races had a neck to neck race. In a true spirit of Togetherness, each team was applauded for the amazing performance they put in. The most fun and laughter filled game was Tug of War. The pulls, pushes and tumbles were hugely amusing for participants and onlookers.

Not to be left behind, family members of Hero FinCorp employees also had a good time. Children had the Alchemist Show, 3D painting, spin art and a tattoo artist customizing ink to pint sized demands. Women enjoyed some pampering with nail art, mehindi and Tambola.

The glamour quotient of the day went up with the Family Fashion show which saw a perfect mix of style and substance. All in all, everyone went home with a smile. And that made us all winners. 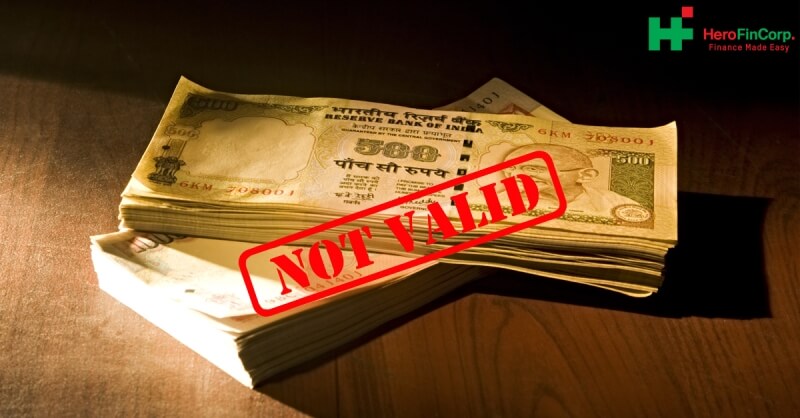 Demonetization, its Advantages & Points to Note

Everyone in India and abroad was surprised by the government's announcement to replace existing currency notes of Rs. 500 and Rs.1,000, which accounts for alm . . . 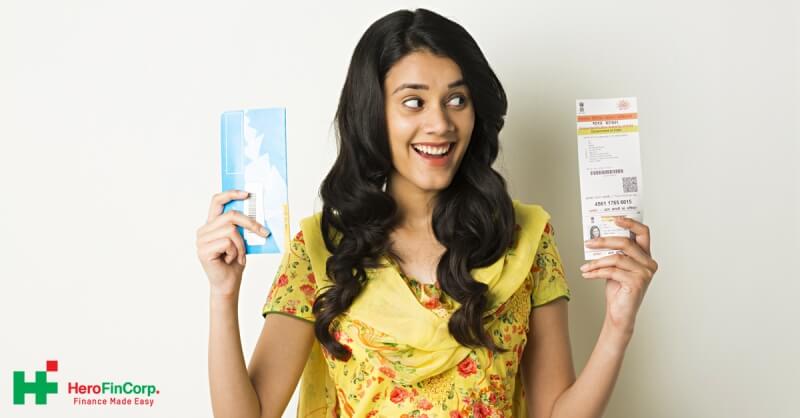 An Aadhaar card is a unique identification number which is issued to each and every citizen of India. It is a biometric system that stores all the personal details in a database . . . 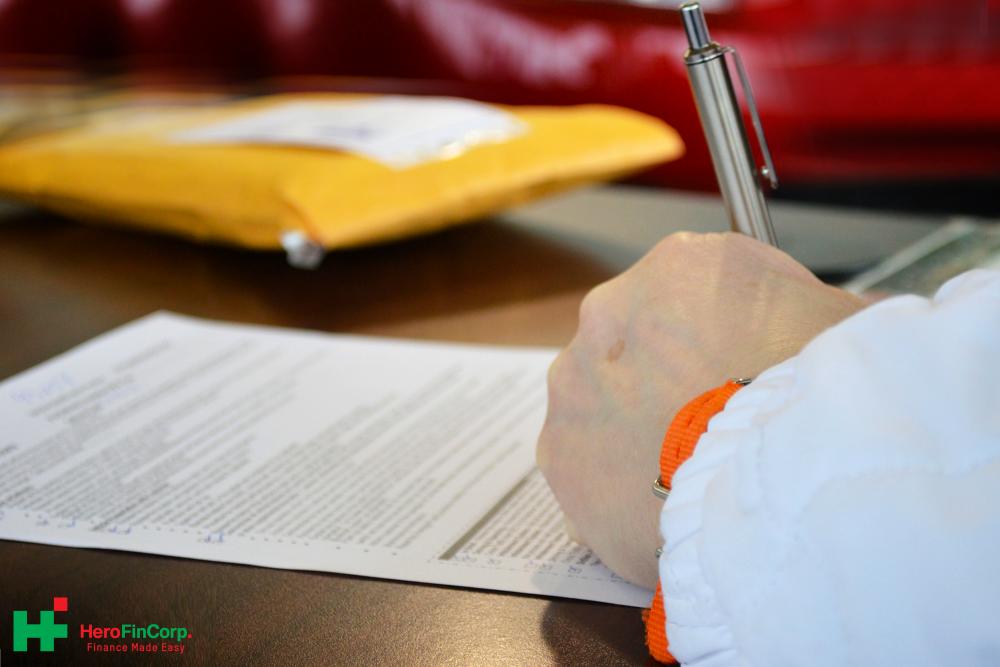 Have you really closed your loan?

The importance of securing a NOC after loan closure Anyone who has ever taken a loan can understand the silent stress of a loan. It creeps in the mi . . .

For MSMEs, Working Capital Loans Are The Road To Recovery 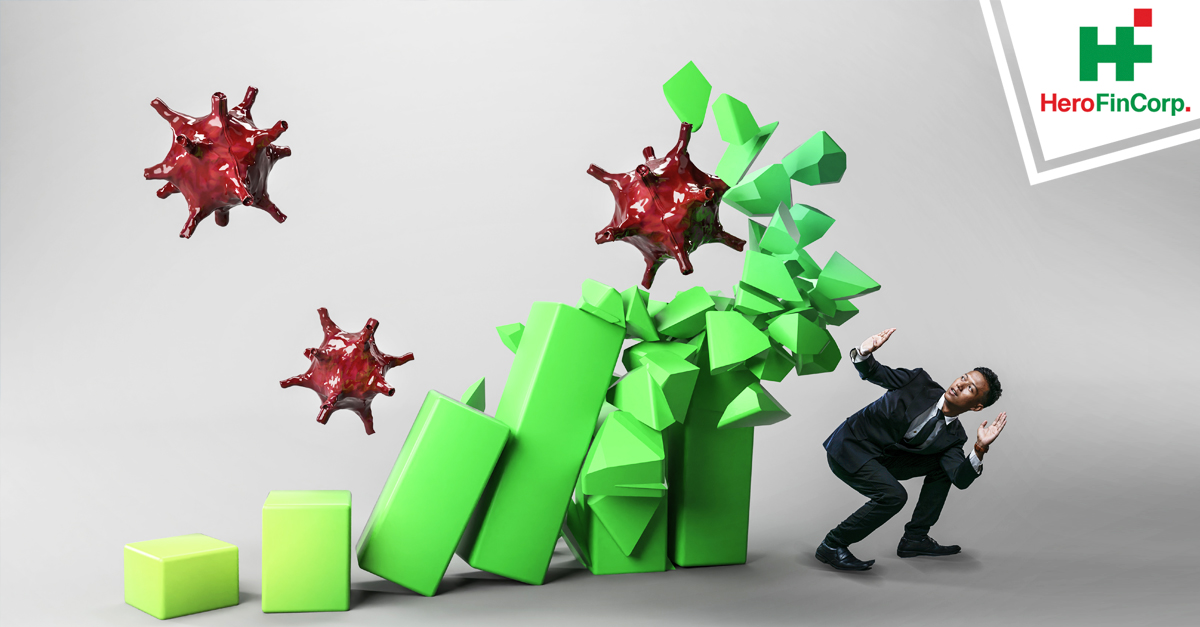 The act of paying out money for any kind of transaction is known as disbursement. From a lending perspective this usual implies the transfer of the loan amount to the borrower. It may cover paying to operate a business, dividend payments, cash outflow etc. So if disbursements are more than revenues, then cash flow of an entity is negative, and may indicate possible insolvency.

Today, the entire world is facing a crisis in the form of Covid-19, and it is during these times that we all need to come together to support each other and to act responsibly.

In light of the recent nationwide lockdown, we at Hero FinCorp are providing a three months moratorium to our loan customers as per eligibility and guidelines issued by RBI. This moratorium facility is only applicable for EMIs due between March 01, 2020 and May 31, 2020. EMIs / over dues prior to March 01, 2020 are not eligible for moratorium.

Please note, if you opt for the moratorium, interest will continue to accrue for the duration of the moratorium period at the currently running interest rate on your loan. This additional interest will be collected from you by extending the original tenor of your loan. We will also share an updated loan repayment schedule which would include all relevant details.

We urge customers to use this option only if absolutely necessary. This facility has been especially designed for those customers whose cash flows have been severely affected and they do not have sufficient savings or other income sources which they could use for paying their EMIs. The downsides of opting for the moratorium include:

If you can, then you must continue to pay EMIs as per your existing Repayment Schedule. This would be a far superior option in the long run as it offers several benefits, it is easier, simpler, and cheaper to do, so choose wisely!

To apply for moratorium, please send us a request from your Registered Email Address, along with your Loan Account Number and Registered Mobile Number. Post which we shall initiate the moratorium for unpaid EMI of March 2020 (if any), and for EMI of April and May 2020.

For moratorium request or any other information, please write to us at:

At Hero FinCorp, health and safety of all our employees, customers, and stakeholders is a top priority. In the wake of the Corona virus (COVID-19) outbreak, we are strictly adhering to guidelines from the government and other concerned authorities, in order to contain the spread of the virus and minimize impact on business.

During this challenging time, we have taken several measures to ensure safety of our employees, this includes providing work from home option for all our workforce and keeping a regular check on their and their family’s well-being. We have shut–down our offices and introduced alternate ways of working through Digital modes to ensure safety and business continuity. We are also working with our vendors and partners to ensure compliant and robust BCP plans are operationalized at their end as well.

Given the 21 day nation-wide lockdown announced by the honorable Prime Minister of India on March 24, 2020, we have put in place various initiatives to ensure that there is zero disruption in critical operational processes. Accordingly we are ensuring regular and relevant communication goes out to all our stakeholders and investors on the status of our operations.

While we remain committed to providing high levels of service to our customers, given the circumstances, we urge our customers to co-operate with us by ensuring the following:

This is an unprecedented situation, and we at Hero FinCorp remain fully focused on overcoming the common crisis that we face. We are confident that with a little faith and discipline we shall soon see this situation through and normal business operations shall resume.

In case of any query regarding your loan, re-payment or loan servicing requests, please do reach out to us on the below mentioned E-Mail IDs: